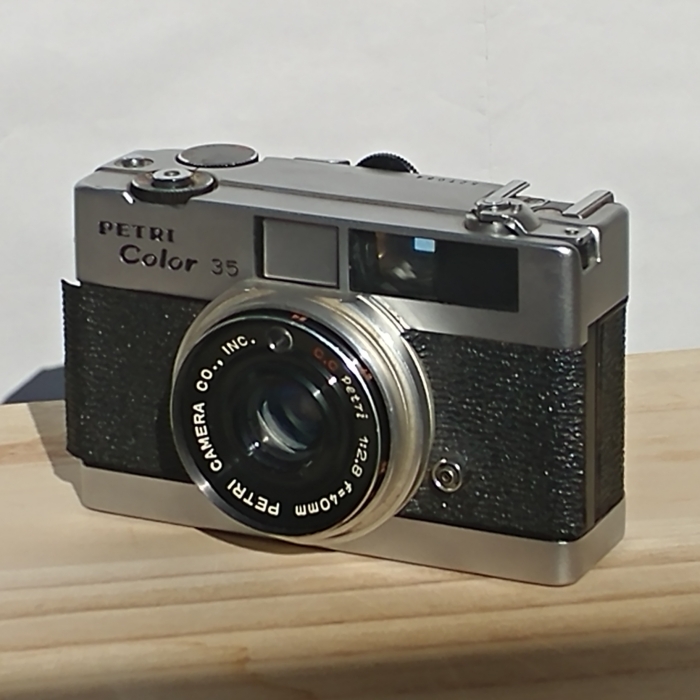 When first getting into any object-related hobby, I usually segment items of desire according to role. In 2018 I wanted a subcompact 35mm manual camera, which is a surprisingly narrow road on a budget.

Their SLRs are unremarkable like Konica, and their rangefinders had the same blobby appearance as any other Contessa LK clone. Petri/Kuribayashi, despite its cute name, is still a rather forgettable camera manufactuer. Enter the Petri Color 35, another generic looking camera from a company that kicked it in the 70's.

Despite appearances, to say this is a unique camera is an understatement. Sure there's the panoramic Widelux or mechanically automated Leningrad, but they're novelties with a price tag that validates their quirkyness. The Color 35 is all pragmatism. 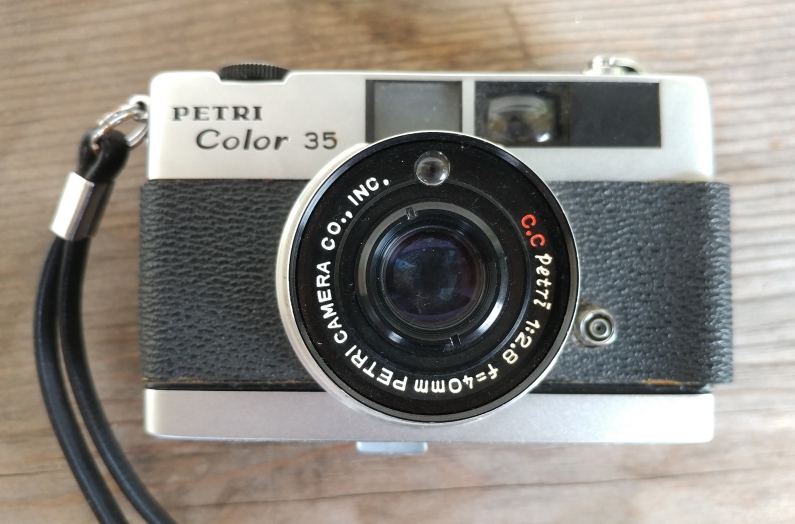 The lens is retractable using a wheel next to the viewfinder. The ISO dial is a collar around the lens. Unique, but fairly benign stuff until you get to the top of the camera. The film advance doesn't sit on top of the top plate but actually is recessed into the body. Why? It's because of a feature I've never seen in any other camera: the ability to manipulate exposure settings simultaneously with two fingers. Both the aperture and shutter speed dials are on top of the camera, next to the shutter release. Extremely ergonomic, extremely legible, this feature alone compelled me to own this camera. It's beyond sensible for a subcompact camera. The feature even made it into my ideal rangefinder fantasies. Shutter speeds are defined by clicks while the aperture dial is stepless. I've only seen a similar implementartion in the entry-level Nikon F-401, with the feature being bafflingly omitted in later versions. 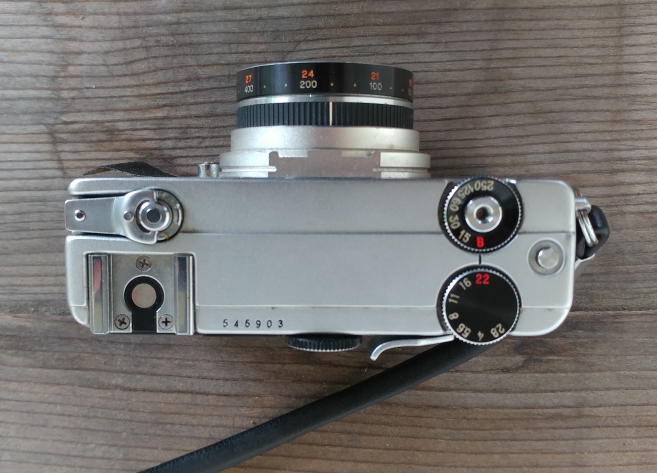 In fact, this arrangement is errily similar to the DSLR/Mirrorless cameras out there with their command dials. While Petri died a horrible obscure death, the Color 35's controls live on in one form or another.

The light meter only activates once you run the film advance which is a deceptively rare feature that well suits compact cameras like this. The meter is your typical needle on the left, zone focusing indicators on the bottom. A smooth dial means that correct exposures are very easy. If the needle is high or low, adjust your thumb. There's nothing taking your eye away from the viewfinder either. It all makes for a very smooth, quick operation for correct exposures.

It's small. Not quite as small as my Konica C35, but that's like a competition in who can guzzle gravy the quickest. It's a tad shorter but a bit thicker. Film loading is a bit of a pain in the ass, your classic key at the bottom separates the camera into two halves like the Rollei 35. To me it's a breath of fresh air from all the hinged doors, it's one of the reasons I was looking at an early rangefinder, for that Leica bottom-loading. The battery compartment is also hidden from the outside, so in the off chance it dies while you're in the middle of a roll you'd have to go into a dark room.