2/12/2021 There have been many links drawn between the marriage of rural america and prepping. A touch of religious doomsday doctrine, widespread economic decay under global capitalism, and paranoid libertarianism all point to people who have been left behind under globalization, preferring to fantasize about the end of the earth than any meaningful alternative. Scenarios where their agency is unquestioned, the conflict of living and dying is more more explicit than the slow economic withering of their rural town. Sure a world without other people would be exciting. Urban exploration every day, stealing things that would've never belonged to you, gleefully entering places because you couldn't, like a child on a chair reaching into an adult-height cupboard. No more commuting, wasted weekends, or after-work gatherings. All these sentiments are incapsulated in media, people growing virtual plants for no reason in Fallout or making their neighborhood in the Sims.

But in 2020 the apocalypse seemed a lot less desirable. I often joke that my life is directly tied to my hard drive: that our health is one. All the images, journals, and files contained within this metal box carries more meaning to me than it should. I can now say the same with other people. Yes people, the thousands of mechanical heads you used to see bobbing along in Ikebukuro, the kind that avoids your eyes on the sidewalk like they're magnetically incompatible, the black masses that approach the station every morning like hungry flies. I live for them, I live because of them. This epiphany didn't come after nervously watching the river swell on twitter during a hurricane or hunkering down for 6 months during a global outbreak. I'm not particularly concerned about my health, when it's time it's time. Instead it was the weekly runs to the store that suddenly shook me awake.

Every time I walk down my neighborhood I see the same views: the same grey buidlings, the same housewives on bikes, the same deliverymen, the same couples heading to the park. I'm transported back when I was visiting this country on holiday, dodging the tourist locations in favor of a back street or a placid neighborhood. I start to think about my life If I had lived here, the daily views, the grocery store routes, the secluded corners to take a deep breath. I wonder what the young couples' apartments look like, what interior arrangements they've acclimate themselves to. What kids are thinking as they walk home in uniforms, what concealed interests the anonymous salarymen look forward to, all these possibilities are racing through my mind as I head to the vegetable stand. These thoughts keep me sane because no matter how much I try, I can't excite myself into a frenzy indoors with trifling little hobbies or attention-grabbing TV shows. I need other people to stay well, especially in a scenario when meeting other people is discouraged.

And so can you imagine fantasizing for a solitary apocalypse? It just didn't make sense anymore. I don't live for just myself. 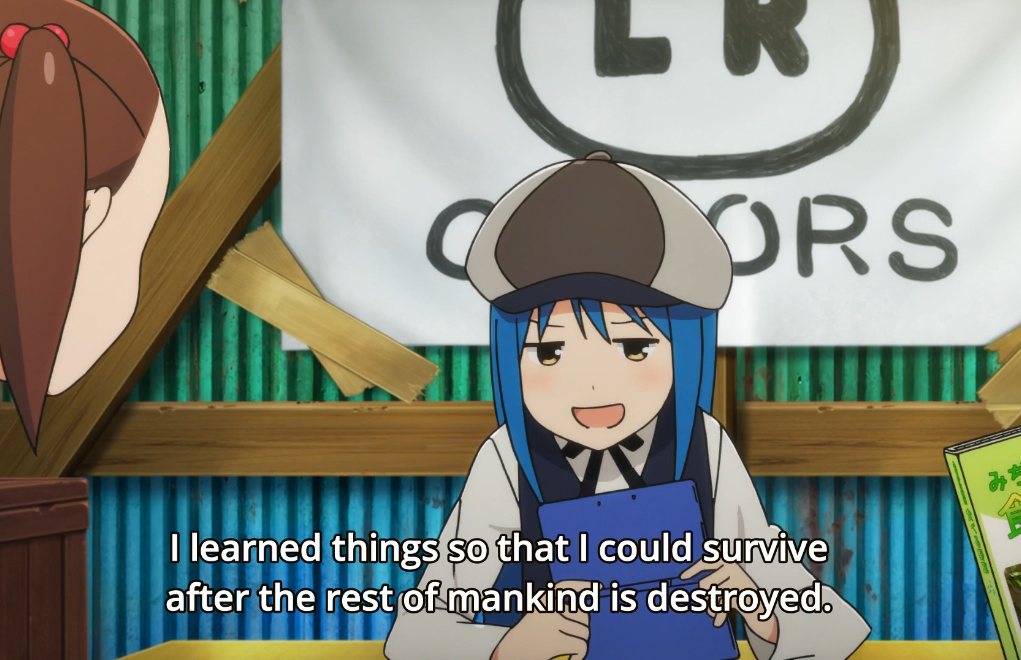