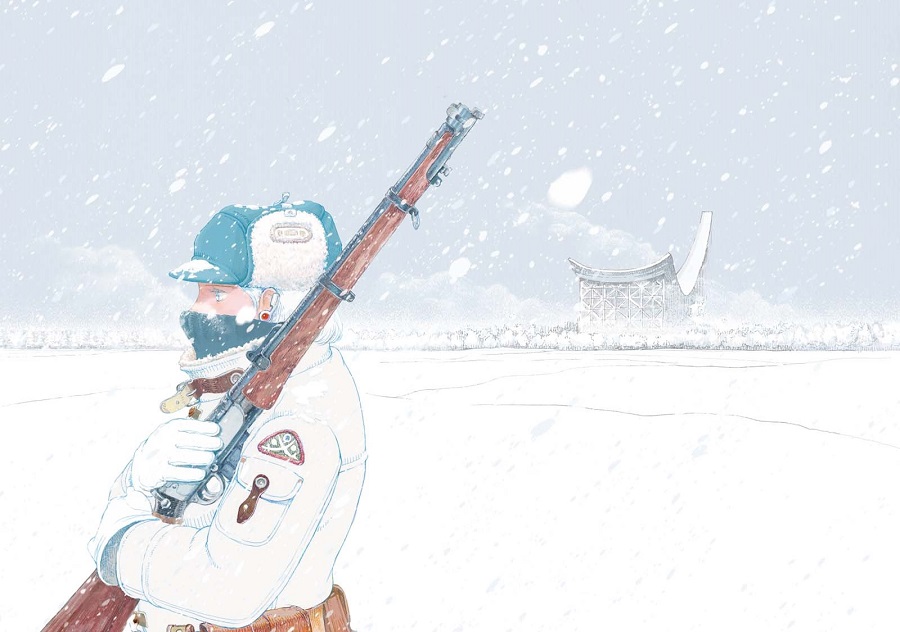 I'd like to talk about one of the most devastating manga I've read in years. There will be no drawn-out contextual foreplay like usual, this is just a spoiler-free review and a personal plea for you to give it a chance. It's called Juuza no Ulna, loosely translating to Ulna at the Emplacement. The 7-volume story begins with Ulna, a young talented marksman being sent off to a remote alpine military base. There's several stylistic nods to Soviet Russia from the quilted uniforms, emplaced Maxim guns to the constant supply shortages the female soldiers have to endure. The art is very Naoki Urasawa, the characters looking more eastern European than a can of radioactive sturgeon caviar. Any one of the fridge-physiqued women could break me over their knee like a green twing. 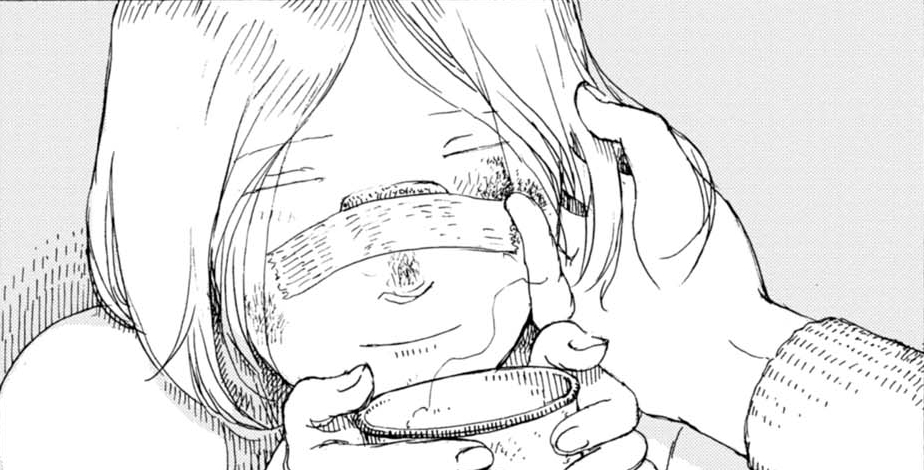 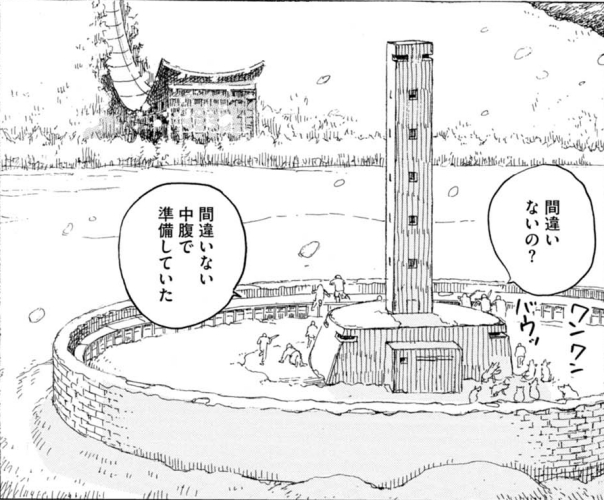 The art is fine and there's an odd fixation on the rifles and clothing, like the author refused to diversify his starting character stats. Little details like buttons and pockets are never neglected and backgrounds are gorgeous. Monotony balloons over as you flip through 50 pages of soldiers you don't care about shoot at reanimated dentures you don't care about. As you read there are some scenes that make you shudder, that's important, remember those moments. 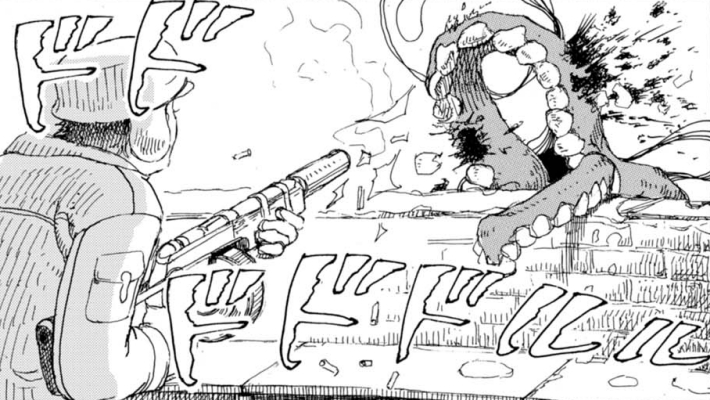 But it's already too late, my apathy was undercut by the author slowly inoculating me with the plot leading up to a series of emotional bodyblows in volume 3. What's so surprising to me is that this has been done before. Fundamentally the overriding message has been one that's been beaten over your head before, it was even the main plot for a flaccid Black Mirror episode. You can easily think of contemporary historical parallels, yet Ulna's insistence on a character-driven plot and masterful set dressing brushes away any sort of thoughts while reading. It feels new and novel, successfully unshackling itself from any abstract ideology or moral bellowing that would otherwise constrict the plot. Because of this the change in settings never feel out of place, the series isn't defined by labels like genres but instead by its characters. 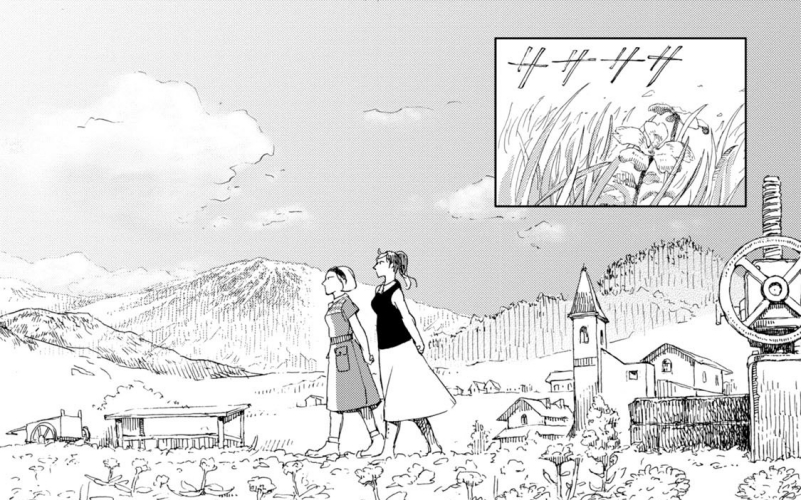 And the pacing of the plot is just devastating. How the author plants bits of characters' idealism throughout, how their motivations and dreams pool together in your head and are violently torn away from you. A newly planted tree in トロップ/Tolop is a signficiant plot element, being able to tread the line between character and setting by its symbolism alone. Stomach-droppers are the kind of revelation that makes you avert your gaze to literally anything else while "FUCKFUCKFUCKFUCK" reflexively streams out of your mouth. It's devastating, compounded with the lingering fact there's still multiple volumes left to read. 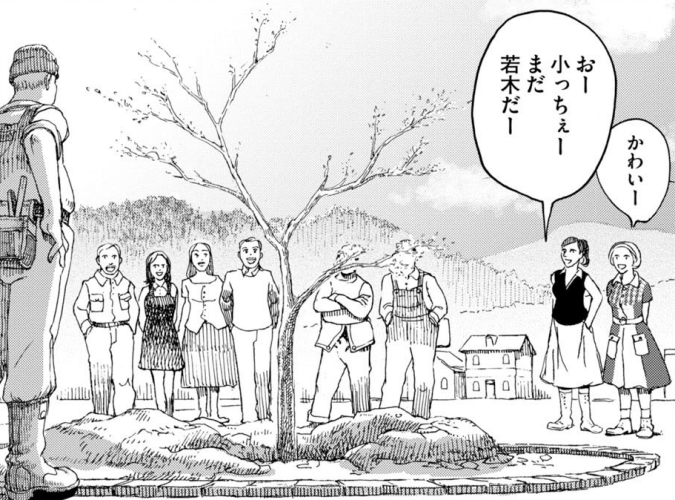 I even found the usual act of emotionally cutting myself off from the story difficult. Many people don't talk about the objective benefits of suicide for some odd reason, and I usually find myself drafting up a list of reasons if some character is getting dragged through torment. For a character-driven story like this, a good solid death should alleviate this pain I'm feeling as a reader. But it's impossible to bench yourself in this story, you are invested. You can't relish in the suffering either, there's no characters to demonize or tropes to laugh at. I can laugh at Watamote or Suicide Boy with enough effort because the characters are paper-thin and flawed. All the elements in Ulna are very simple. The characters never make grand mistakes belittling the reader's intelligence or have glaringly antagonistic characterizations. They always have some degree of agency and they always harbor some sort of idealism. All of these parts leads to sympathetic characters through their relative importance to everyone else, again not unlike Urasawa's Monster. It's easy to see everyone as a unit. 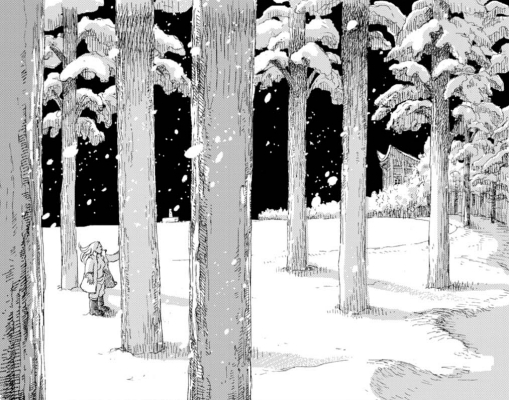 There were times I genuinely regretted started this series at all. There are several horrific scenes that will stick with me forever. And man does the aftertaste linger. But Ulna's value in purely eliciting such feelings from me firmly earned it a place on my shelf, even before the excellent pacing, gorgeous backgrounds, and well-balaced characterizations. 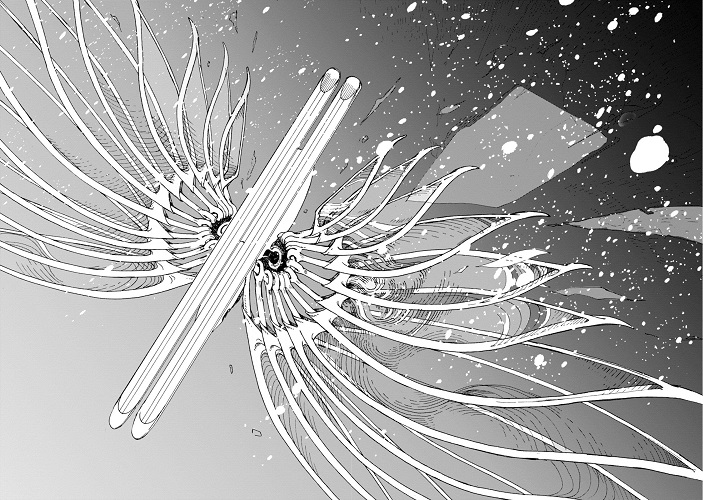 god what a mindfuck of a series. even volume 1 is a slap in the face when ulna asks whether _ misses home, the same village that sold her into sexual slavery so that her family could eat. And this scene happens immediately after they have sex. It's amazing because Ulna was never really a sympathetic character until deep into volume 2, her outstanding traits being ownership of a full set of teeth. I didn't really care when she got abducted. I groaned when that scene revealed the plot point because Black Mirror botched it. But I was dead wrong.

thoma is a terrifying villan. I'm awful at remembering names when I've gone through 500gb+ of manga but he still swims around my mind occasionally. His motives unflinchingly sympathetic, yet how it materializes is beyond comprehension. That fact that he stalked and sexed her up with the internalized rage of knowing she's killed your lover and your family. Just trying to explore his mindset is such an uncomfortable position to be in. TRYING TO GET HER PREGNANT SO HE CAN TORTURE THEM BOTH? WHAT THE FUCK? His desire to wear his ethnic garb while hacking his wife to pieces? WHAT THE FUCK? The emotive value of him slowly picking apart what Ulna values most, her community, is such an effective inoculation of empathy it's beyond words. It's like waking from a dream where your family gets slowly plucked off one by one. Even the scene when Thoma deliberately leaves out his knife and glider miniature for Ulna to see didn't hit me immediately as all that was 3~4 volumes ago, it was done and buried just like his bloodline. Brilliant.

And Ulna goes rogue too, wearing the Zoma garb to the sideways stares of her own community as a futile attempt to clear her guilty husband's name. As the reader you have no easy answers to offer, you can't fantasize about an ideal end to this unfortunate collage of reasonable yet guilty people.

I love it. I love it because it doesn't slap you across the face with [RACISM] or [GENOCIDE] or [NATIONALISM]. The story never attempts to condescend or pander, It respectfully and effectively presents these ideas without long villan diatribes or Bleach-esque face macros. 10/10. So good I had to write a page on it.