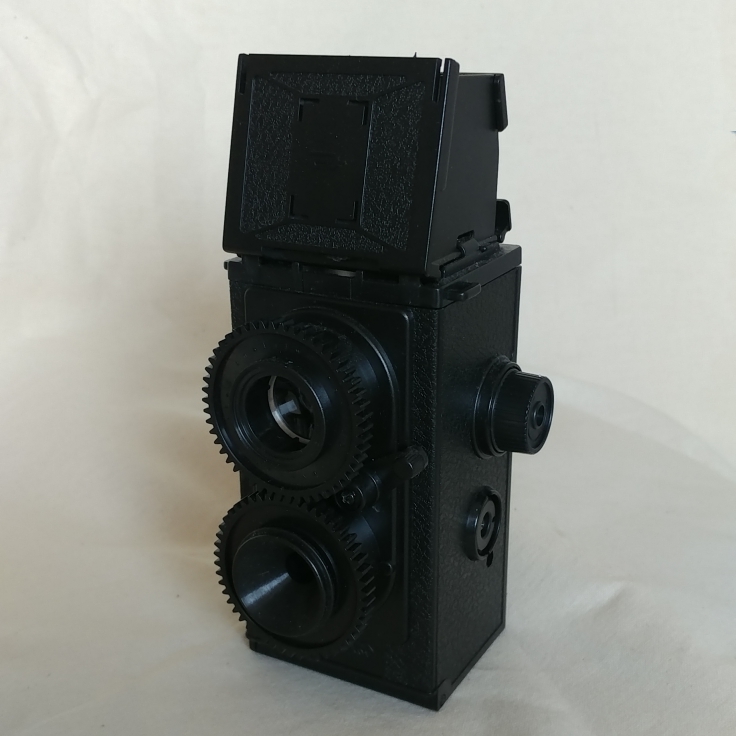 While I've mostly treaded the straight and narrow for film cameras, I found myself getting bored. Only venturing out at 2-4 for the best golden lighting, overexposing color negative film by a stop for better shadow detail in post, focusing on which camera gives me the quickest, sharpest results. It gets tiring, like the sensation of going through the motions in a familiar videogame. There's no novelty, only rituals of efficiency.

Then you hop over into japanese twitter and you have an abundance of these conventionally amateuristic, but creative photographers who seem to be genuinely be enjoying themselves, like the thought process behind a rainbow-colored LEGO MOC. Generous amounts of underexposure, filters smeared with vaseline, it was strange and unfamiliar yet seemed right. I tried to block Lomography out of my view for a long time, mostly out of contempt for hyping and raising used camera prices. The plastic fixed-focus cameras and repackaged film they peddled had the hallmarks of a shallow moneygrab, the foundation built off the fleeting backs of casual shooters easily separated with their money. Meniscus lenses on Bessas, $10+ a roll film into toy cameras, it seemed like an expensive, contradictory way of enjoying film photography. But I get it now, the type of images they're in pursuit of. And with that sentiment, I went to find a camera I can have fun with, be spontaneous and feel a bit more unrestricted with.

I settled on two cameras: a Fuji disposable and this plastic twin-lens reflex camera. The Fuji, despite having a plastic meniscus lens, takes shockingly good photos. To counteract this deficiency, I plan to extensively focus on flash photography and reload it with grainy higher-speed film. For this thing, the photos it takes are genuinely shitty. Plenty of distortion, CA, and vignetting - I'm beyond excited for the photos it's capable of.

It's a $10 camera. Under those parameters, the designers did really well. The viewing lens and taking lens are coupled with a small gear, as it should be. The shutter release is on the right of the camera, double action so no need to cock it just like a Holga. My main concern lay within the bits that are occupied with the film advancing through this box of melted down dinosaurs. Early 120 folding cameras have no double exposure prevention or overwind protection, making every shot feel like guesswork. Those two features add bulk and complexity, surely something incompatible with a DIY plastic camera. The insides are basically a dumbed-down disposable camera, with one sprocket cog and a take-up spool handling the entire thing. Instead of overwind protection, there's a clever notched rotating indicator on the outside of the camera that shows you exactly when to stop winding. One bit I am concerned about is the lack of a proper pressure plate, compounded with the lack of any strong film tension by the lackluster film advance mechanism. A curved film plane is a no-no.

There's a fair bit of latitude in shooting styles as outlined in the supplementary magazine. The fixed aperture ring is removable and can be placed in front, behind the meniscus lens or omitted entirely: doing so gives you an extra stop of light, something absolutely vital in a fixed-everything camera like this. As the shutter is double-action double exposures are very easy. You can also tape a pressure plate for a flat film plane, something I didn't expect to see written down. 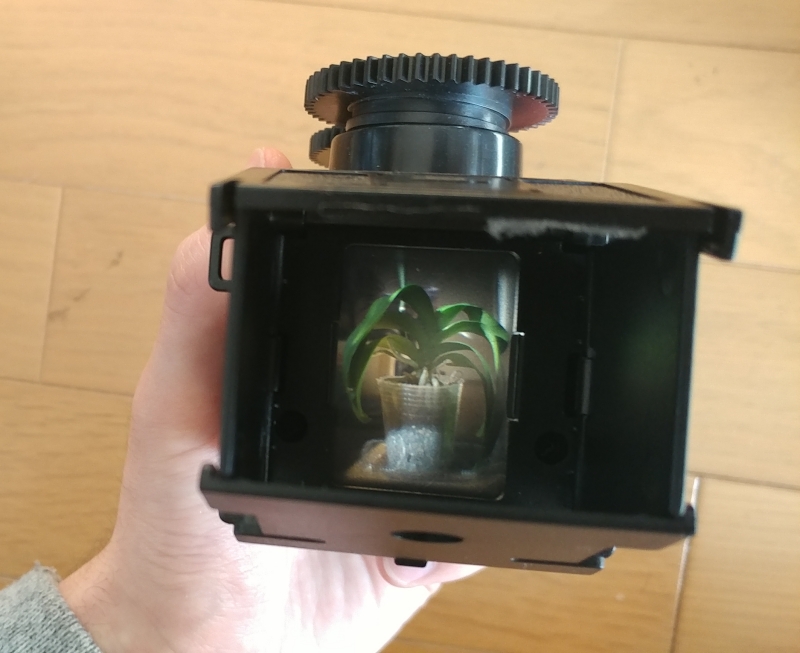 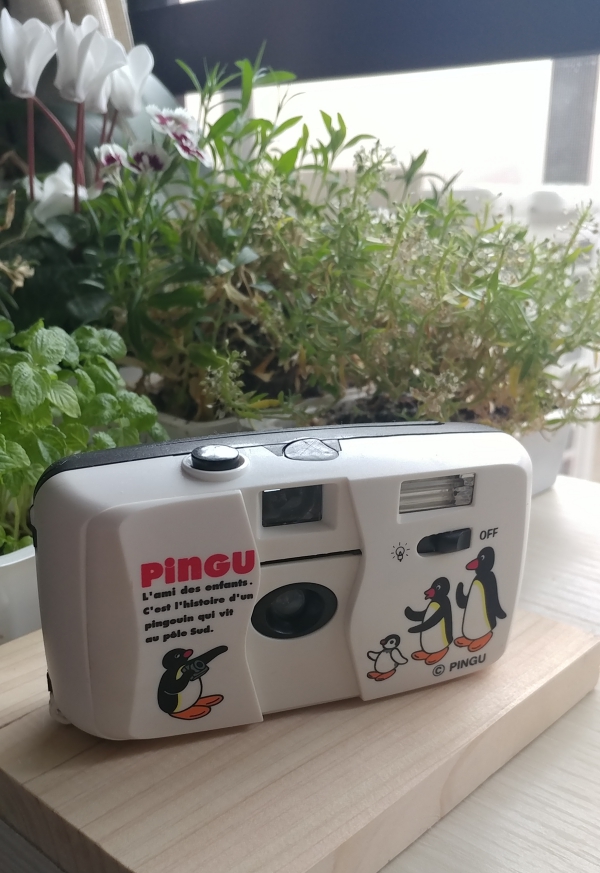