Despite all this, I don't look to Japan with a particularly favorable eye. Nor do I feel particularly defensive about Japan. As a country it has its ups and downs, same as any other. To say otherwise is naivety. Now, the true extent and magnitude of those societal issues are at the forefront of my interest. The issue is, my knowledge of Japanese culture doesn't extrapolate far beyond immediate proximity. I've always felt like an outsider peeking in, despite my language fluency and a reasonable pool of family and friends to draw from. I don't know where to access academic journals, or asess the general opinions of the Japanese public. Japanese media in particular is well-known for its censorship and recent TV shows are even playing on the notorious artificiality of programs. I would like to think my knowledge is not surface-deep, but I certainly have to play catch-up. This sensation has persisted while I'm living and studying in Japan. God knows what it's like for someone who's not fluent. 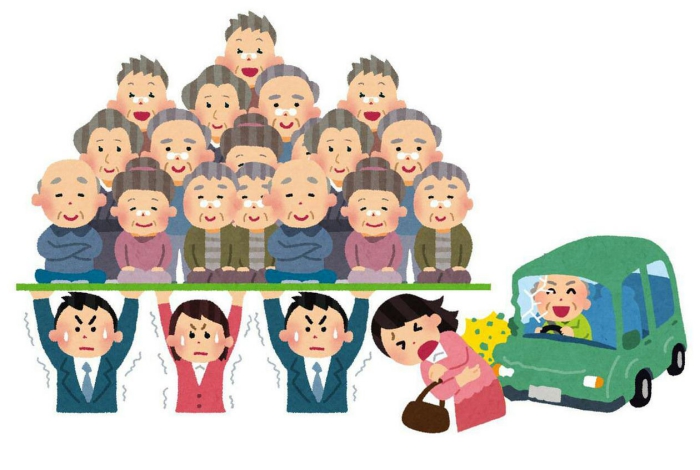 I’m currently on another planet, namely Japan, which for the average Westerner is an experience tantamount to recovering from a serious head injury, in that while the world around you is largely recognisable, it somehow makes little sense.

I have some emotional investment regarding Japan but I've begun to question the nature of my nostalgia, not unlike looking back on the oblivious innocence of childhood. I'd like to think the numerous loose ends and fixations on troubling Japanese topics are non-issues but I'm in no state to decisively make that call. 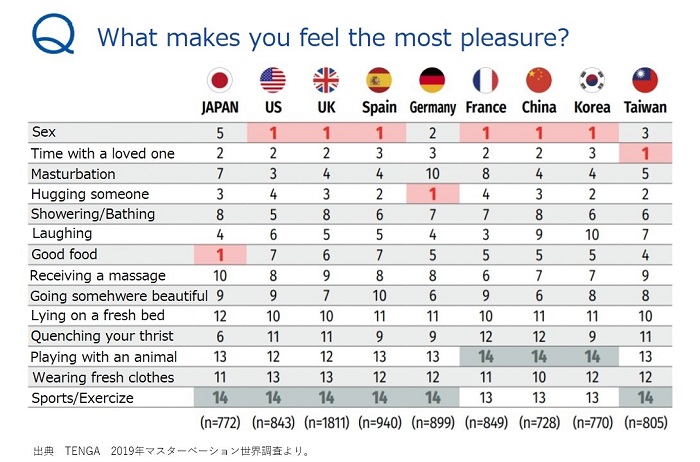 We were all Americans in a progressive state that prided themselves over cultural pluralism. Yet growing up in Irvine, California I saw a very distinct cultural divide between first-generation kids. Some kids adhered closely to their household's repetitions and they balanced both aspects of their identity, the inside and outside, as if it was the natural order of life. Kids bathing in post-9/11 media came home to carpeted multi-generational households, not because they chose to but because they inherited cultural plurality. Because children are obliviously vicious to one another they might receive flak because of difference but what can they do? It's something regarded as inherent to their family-centric self-image. Others seemed eager to embody America wholly, whether it was a gradual progression or a calculated decision molded by those social pressures. Parental influence met with indifference or conscious resistance. The Korean-American kids in particular exhibited this divide with shocking polarity. Parents were either a source of perpetual embarassment, people to hide away, or just their parents. Lunch contents signalled homogeny or exclusion. 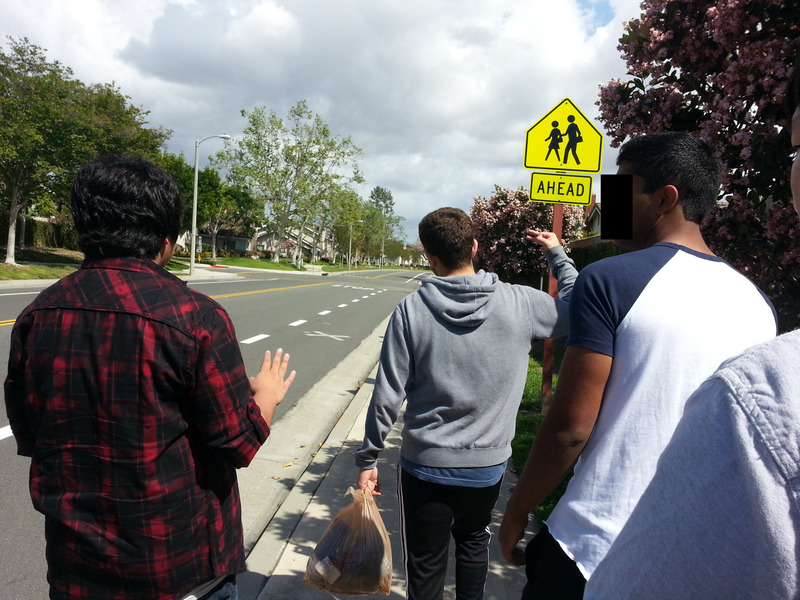 I went through some mixed experiences. I remember begging my mom not to make riceballs because it outed me as an "other," an anomaly at lunchtime. I hated the parent-teacher conferences because I had to be their intermediary. I remember the mixed emotions I felt as the teacher would complement me on my English. All these inheritances I had no control over seemed to divorce me from my own American identity. 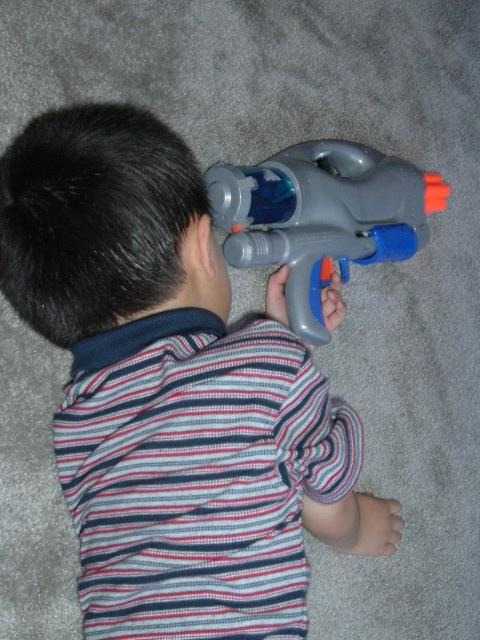 But my sense of identity is inseperable from my self-image, imbedded into my outward appearance. While I don't believe your ethnicity entitles you to anything, initial perceptions about you are everlasting. For those who subscribe to a white, Christian-normative view of America, I will always look like an "other."

And honestly, I just didn't want to think about whether or not I was included in those worldviews. I'm an American with some knowledge of another culture. Is that so incompatible with a country that prides itself on cultural pluralism? 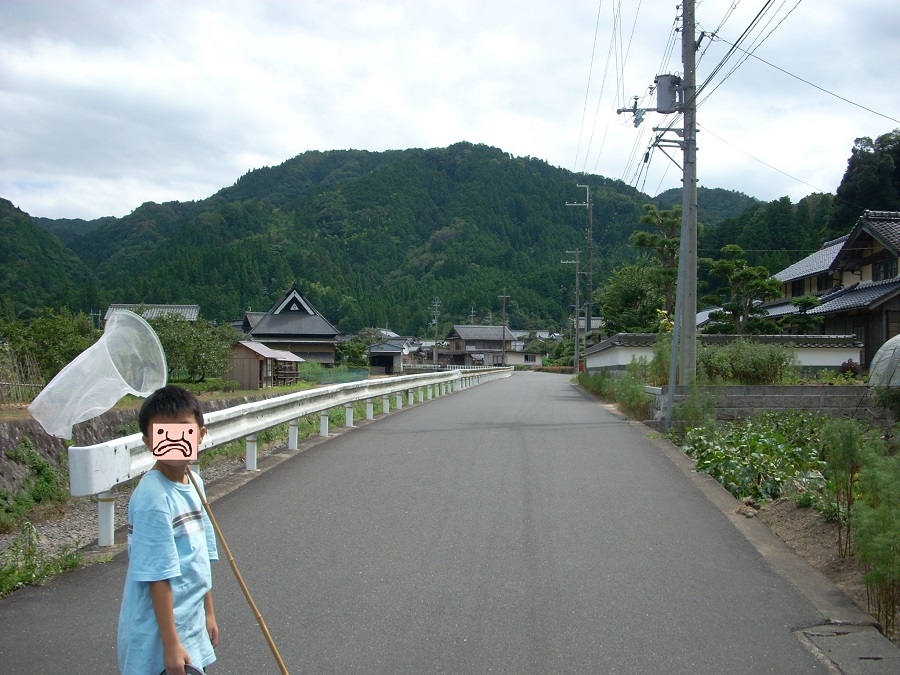 That's me. Looking back I was tremendously priviledged to experience the stereotypical Japanese childhood. I caught bugs in rural Kyoto, ran errands by myself in Saitama. All the festivals and museums in Tokyo didn't lend itself an air of tourism, I was home. Grandma's decrepit old house was as valid as the Pasadena apartment with the popcorn ceiling. 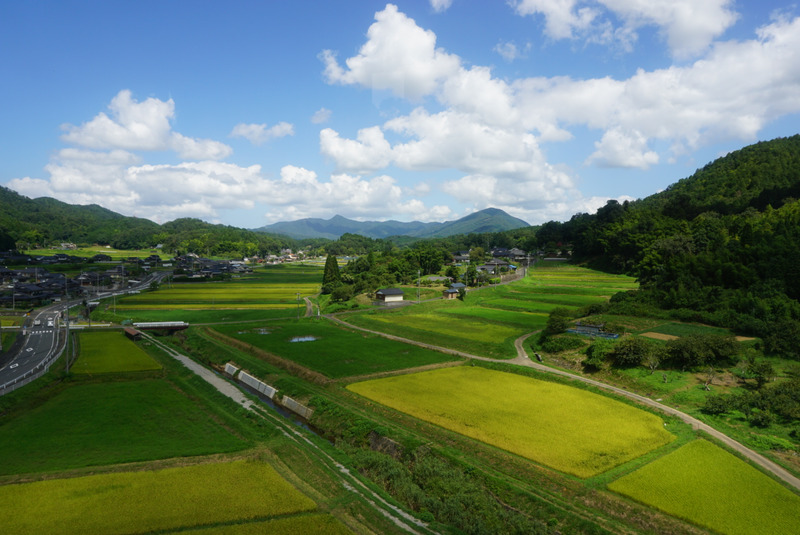 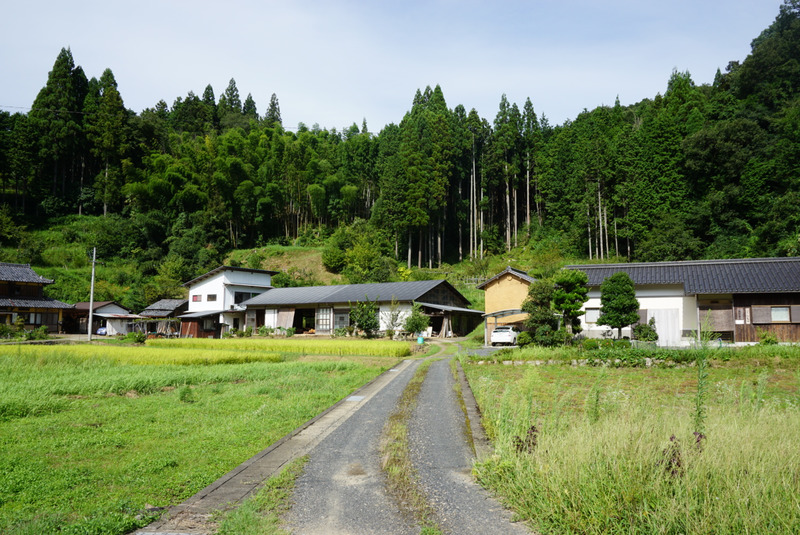 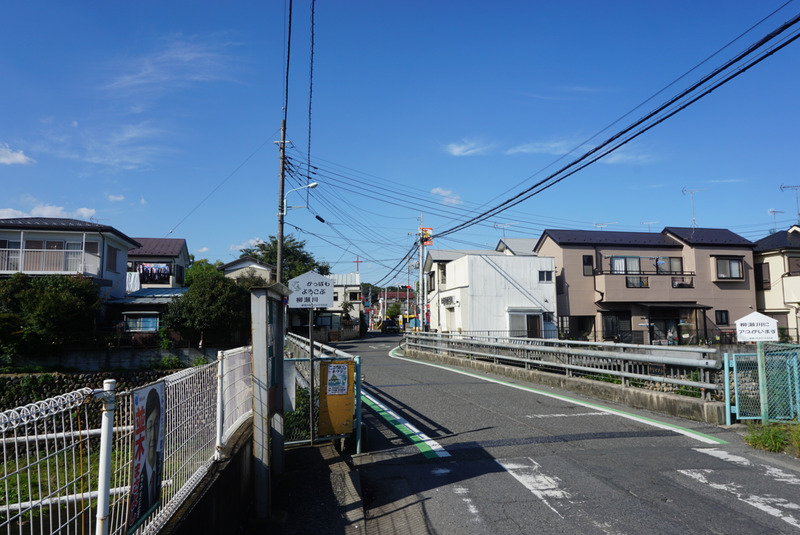 And yet I've always retained a creeping discomfort with Japanese culture. The social indifference, the distant intrapersonal relationships, the "artificial" social heirarchies. Factors fundamentally incompatible with American values really clashed with my polarized view of each culture. Within this worldview I again just framed myself as just an American with some extra knowledge, something I always knew didn't stack up. Too American to be Japanese, too Japanese to be American. 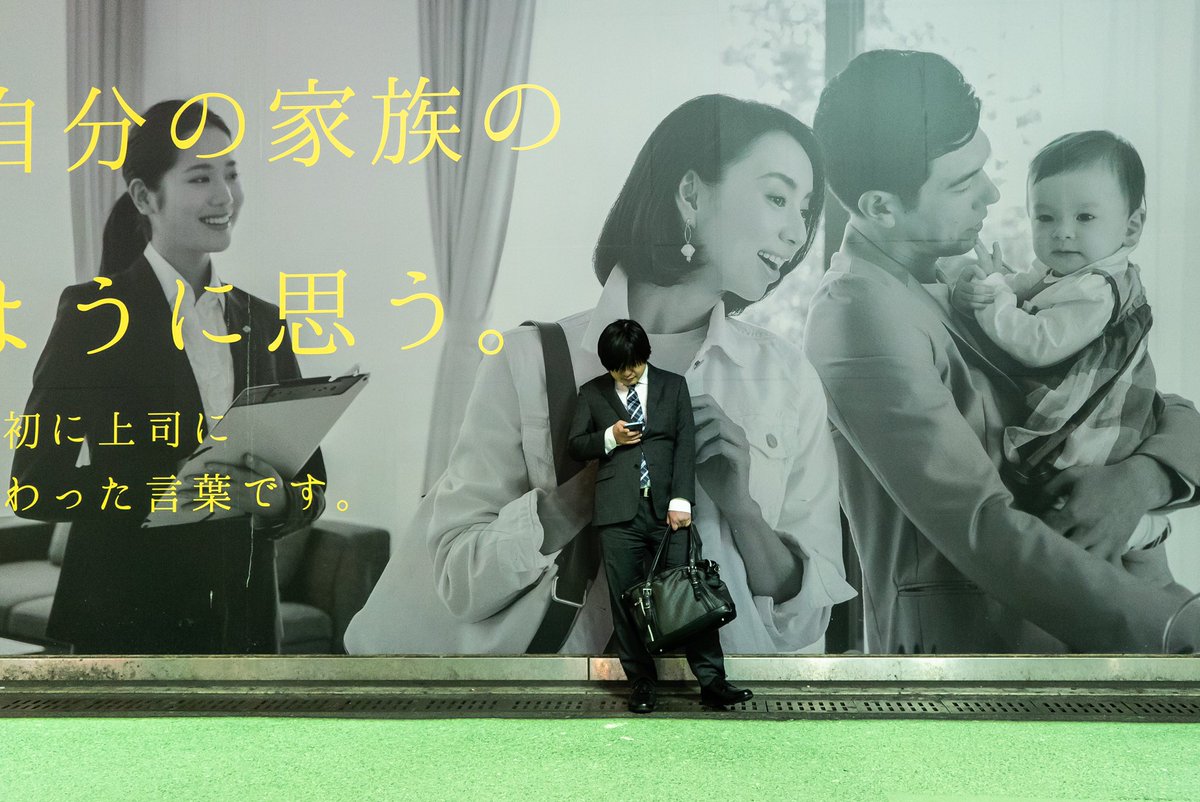 I read Redefining Japaneseness by Sociologist Jane Yamashiro while in college, and it drove home a variety of amorphous feelings I've accumulated with depressing conviction. It outlined various Japanese-Americans who had gone to Japan, and recorded their thoughts about their experiences struggling or slipping through the language barrier. From being thought of as hearing impaired to autistic, the book proved to me that the hermaphroditic identity of Japanese-Americans is incompatible with the nationhood binaries of Japan. Fittingly, the term "diaspora" was always escorted in quotes. And their experiences of incongruency in the US too, mirrored mine. Ethnicity doesn't entitle you to anything, but it always manages to bring along baggage. And that's all it's about, trying to reconcile the connotations that something as inseparable as your appearance emmanates, conflicting with your own sense of autonomy. An inheritance that looms over no matter who you think you are. Getting told "my parents fucking hate you guys" by a Fillipino-American classmate is part of the experience. Like cool dude, I have a hispanic-sounding first name and was born an hour from LA. Your family is from the most gentrified area of SF. 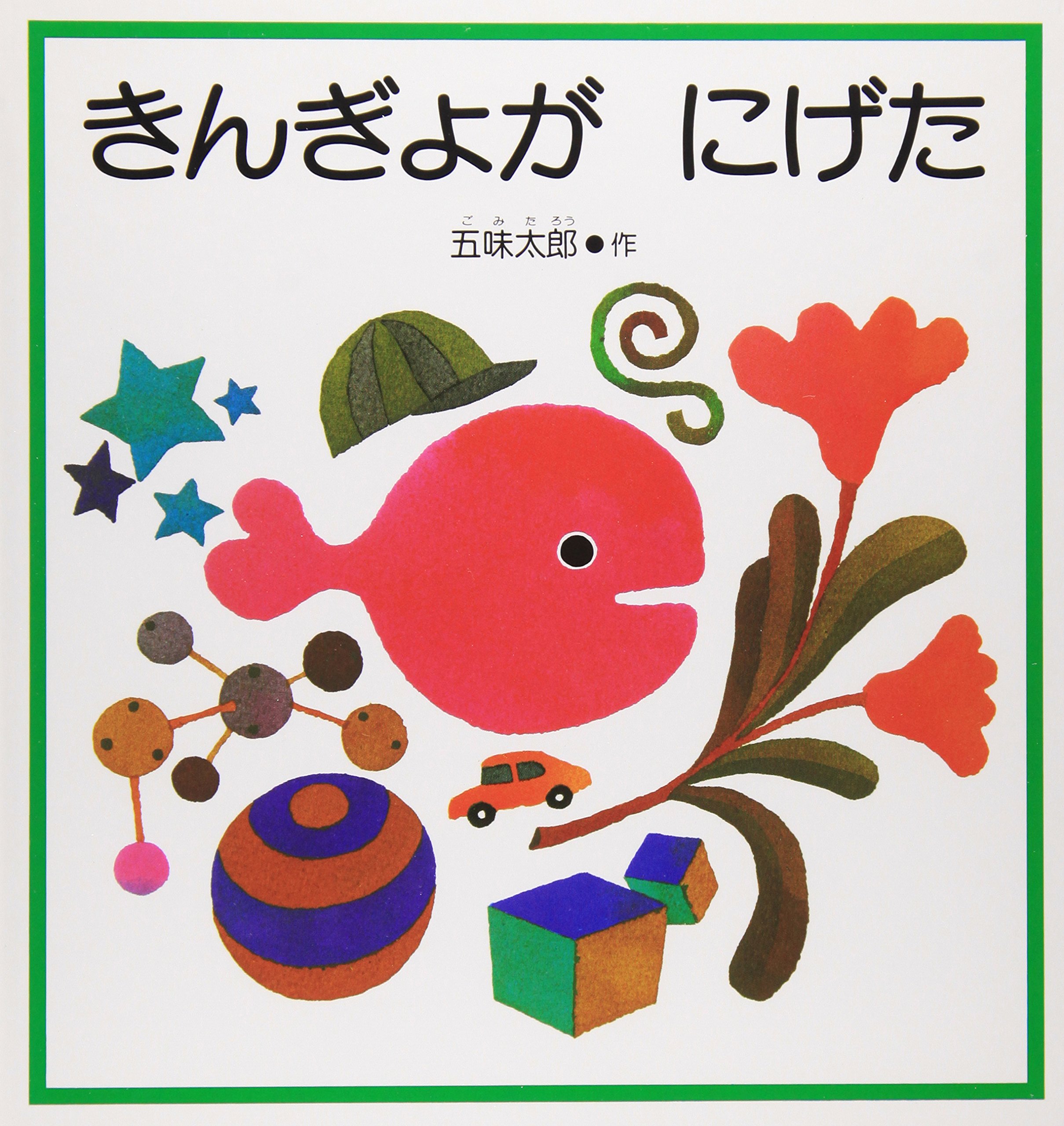 Identity is far beyond just your appearance, citizenship, or language fluency. Yet my own experiences as a bilingual ambiguity didn't hand me a convenient answer. I tried to reap the benefits of both identities but found neither country knew what to do with me.

Novels by Maxine Hong Kingston and Ami Tan were the catalyst for this realization. My preconceived notions labelled anything pertaining to identity as trite and external to me, they were for people who haven't made up their mind yet. But their deeply personal stories about dissonance, inheritance, and assimilation resonated with me. I was right, I haven't made up my mind yet.

It sounds good to puff your chest out and proclaim that all of this doesn't matter. Your self-determination and self-worth is independent of living in a society. What people think will always be in the periphery, refuse to become a victim. But unfortunately you will perenially lack that reassurance in knowing there's always a populace of people just like you. In another life I would've probably become a right-wing ethnonationalist flying LGBT black sun flags or whatever. It's reassuring to have that sort of inherent membership to a community, unbroken by proximity and time. But when your existence itself delineates conventional notions about citizenship, ethnicity, and nationality, then those cracks are often far too wide to reconcile with.

back to top ⤴
Identity and Otherism