The art is just ominous, like those Japanese urban legends about haunted library books. It's actually why I picked it up in the first place, the volume 1 cover looked... off. Just look at it. 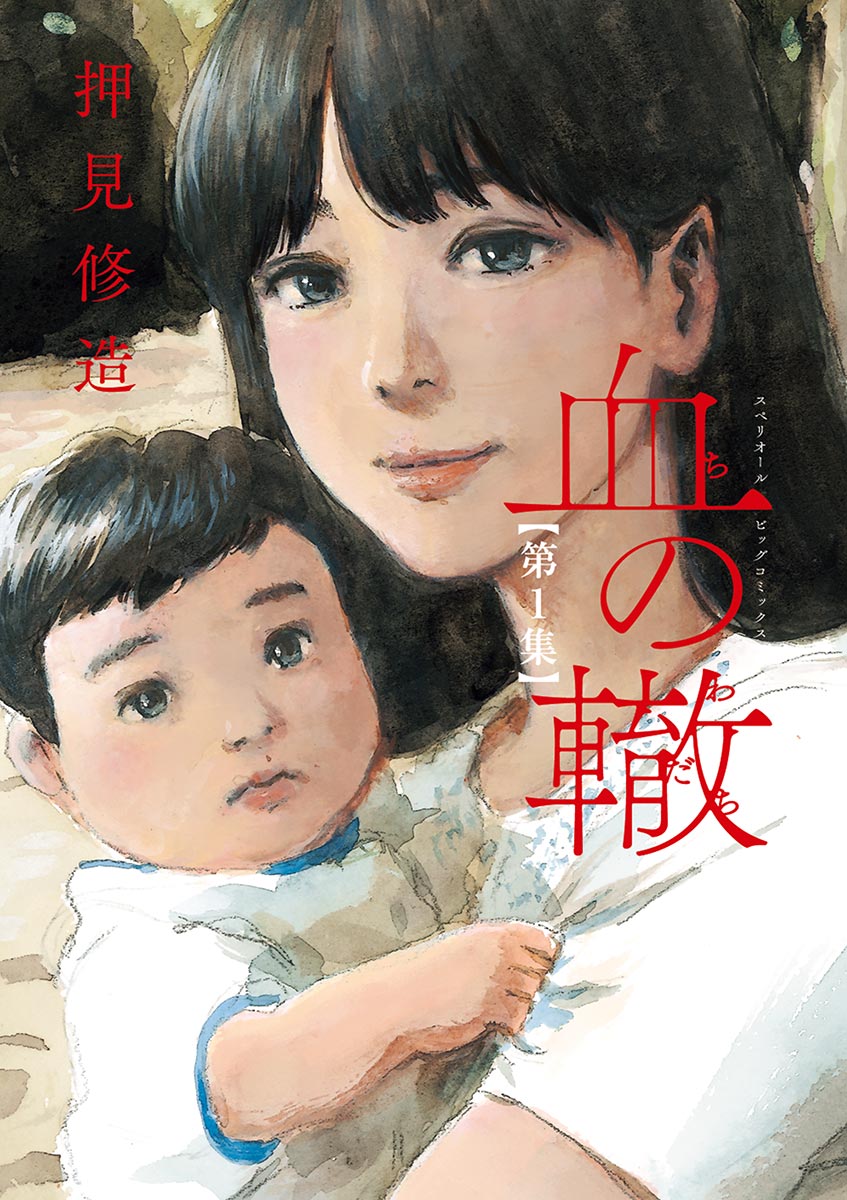 I actually introduced this manga series to my Welsh roommate and I got to experience his accusatory glances as he went through it, like I'm to blame for writing and publishing such a profound sanity debuff. I relished the experience with an emotional high not unlike showing someone a powerful cursed image. Yes, it's Chi no Wadachi, or Trail of Blood in English. Now I'm not a terribly invested horror manga fan. Junji Ito and Masaaki Nakayama are great but they're rarities, diamonds in the rough, the gleaming hulls of corn in your stool. Some trashy rags will fall under my view with gratuitous gore or unneccesary torture scenes, and I come away with a yearning curiosity about the author rather than any judgement about the material. What compells someone to take hundreds of hours out of their lives in order to draw something like this? Surely it was more fun to make than it is to read. Chi no Wadachi is fascinating because it's so deviant from the author's other campy schoolboy stories, it feels deliberate and personal. Flying vampire boys sounds like early 2000's boys love, not horror. Yet here we are, with easily one of the best horror series I've ever read. It really ramps up the suspense to 11 and all that's required for that enveloping tension are the presence of two characters. 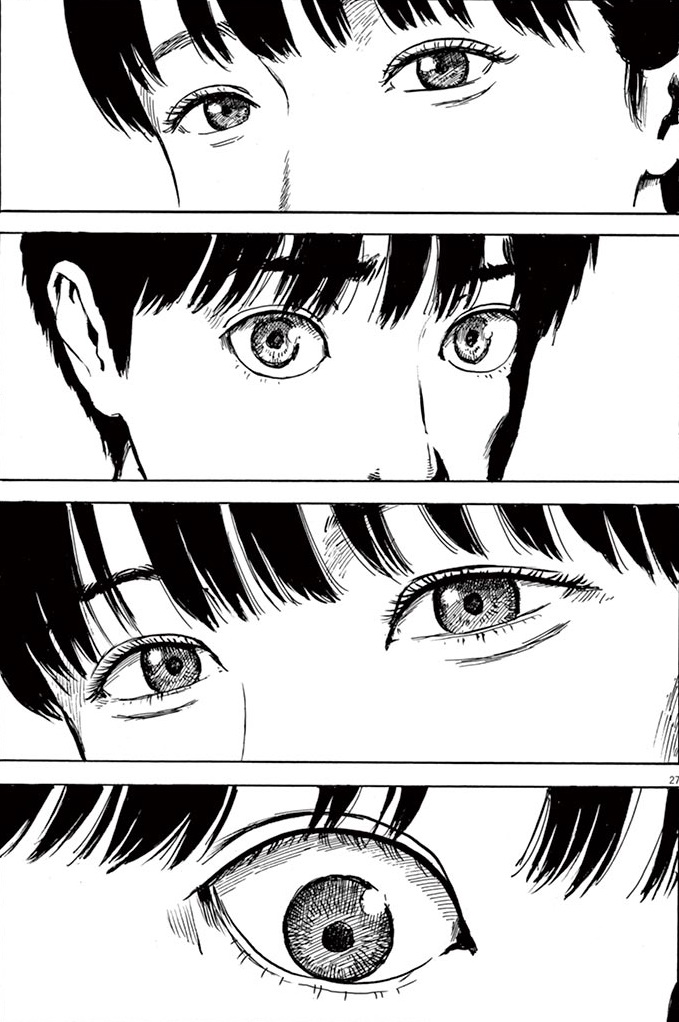 And my god does discomfort sum up this series well. The fact it's not reliant on page-turning shockers is why I hold it in such high regard. Even while reading volume 1 I felt this prevailing sense of anxiety, like every negligible event is a calculated, deliberate build-up to sometime else later. If you omit the endpages inbetween chapters, ominous artstyle, and forget that it's a horror manga, it almost resembles Watamote through the main character's bumbling awkwardness. It's a stream of seemingly normal occurances that you continue to tell yourself surely aren't normal. At its core the plot is brilliant, the dissonance of loving and fearing your mother, balancing your own desires and autonomy with her control. Fighting for her approval because everything else is miserable, and the alternative would be relinquishing her presence. Paired with the aching suspense of the "accident," it's a mishmash of convening motives and idealisms. The inability to sum up her characterization enables the series to dodge any sort of predictability. Is it mental illness? Would that deflect the plot away from any meaningful character development? Does she have a rationable for her erratic and contradictory actions? It's a series where you really can't predict anything, and the setting is one where you don't have to suspend your disbelief. Such a novel plot device, the parental dynamic. You sympathize in a natural primeval sort of sense, back when our toothless relatives were off drinking from puddles or whatever. For a horror story it's so simple, so brilliant, so achingly uncomfortable. Symbolism with the cat is revealed in chapter 80, and it's an open question why the mother doesn't remember/feigns knowledge of that specific moment. She does the same when the two are at the park. So there's a degree of consistency that she exhibits. Again this forces you to wonder if this is deliberate.

The art fits perfectly, it makes Happiness look like a playful joke in comparison. A certain character's face popped into my head while lounging around absentmindedly. I imagined it in black and white and wondered if this was what face blindness was like, this anonymous mental image wasn't defined by characteristics - its hair or eyes but by its expression. It was grimacing, veins of anger and disgust trying to outdo each other on a canvas of flesh. And I realized it was one of the parents from Chi no Wadachi, all the grotesque facial expressions dotting the pages had left such a vivid impression on me that even after the characters or the manga as a whole left my mind, its faces lingered.

And the family photos that trail every volume is utterly perfect.